The mandate of the Canadian Nuclear Safety Commission (CNSC) is to protect the health and safety of Canadians, as well as our environment. Government of Canada departments and agencies also help CNSC fulfill its mandate. This is true especially for people who live or work in communities where licensed operators of nuclear substances are located.

The CNSC regulates the use, possession and storage of all nuclear substances in Canada. These regulatory requirements for safety and security controls of radioactive sources have been strengthened over the years as a result of increased knowledge on the effects of radiation.

The CNSC has a strong licensing and compliance system to ensure that all persons who use, possess and store nuclear substances and radiation devices do so in accordance with a licence and have in place safety and security provisions that are balanced with the risks associated with the substance or device.

Part of the CNSC’s mandate is to disseminate objective scientific, technical and regulatory information to the public. The purpose of this section is to provide clear and factual information about radiation – the types of radiation that exist, its sources, uses, and the rules in place to protect Canadians, and people who work in or live near nuclear facilities.

In this section you will find:

Could your collectible item contain radium?

Looking to know more? The CNSC has developed a series of videos to more visually explain radiation and radiation and your health. 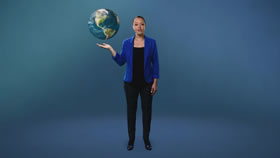 The CNSC continues to explain radiation in simpler terms. The Radiation and Health video takes you beyond the tiny world of the atom to explore sources of radiation, the concept of dose, and how radiation affects the body and health.

The CNSC demystifies radiation – we answer the question What Is Radiation? The video features CNSC experts explaining the basics of radiation in simple terms – what it is, the different types, radioisotopes, and radioactive decay.